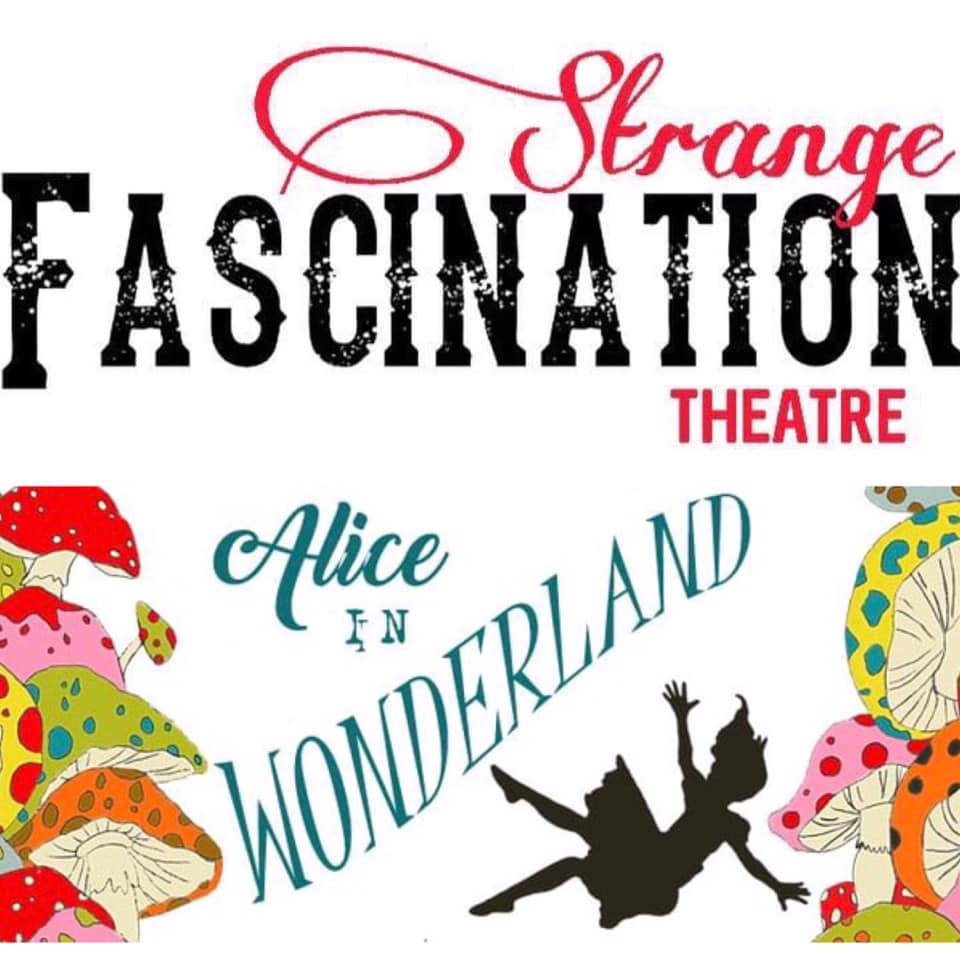 Our socially distanced open air East Anglian mini tour of Alice In Wonderland is now live!
Join us for a fantastic journey down the rabbit hole with Alice, the Mad Hatter, the White Rabbit, the Queen of Hearts and more!
Pack a picnic and we’ll see you in Wonderland! 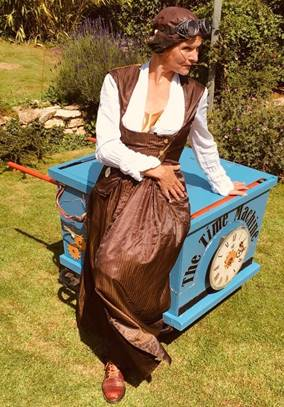 Irene the Inventor is lost in space and her time machine is ticking her off. Every second counts, so can you help her in her hour of need? But watch out, once she clocks you, she will whisk you off to a Victorian school room, a Roman invasion and even take you as far back as the time of the dinosaurs. So, hold onto your pants because this is an adventure not to be missed.
Brand new family theatre full of music, zany characters, and lots of interaction.

‘Expertly performed and stupidly entertaining’ – The Guardian One show.

An anarchic blend of comedy, clowning, stories and songs, Unmythable returns to the UK after a sell-out European tour and award-winning runs at the Edinburgh and Brighton Fringe. Prepare to be a legend.

Unmythable has toured throughout the world, playing at major festivals and village halls across the UK, Europe and New Zealand. It’s a brilliant show for rural touring as it creates a real sense of communal fun and has the perfect blend of comedy, drama and music to entertain everyone. 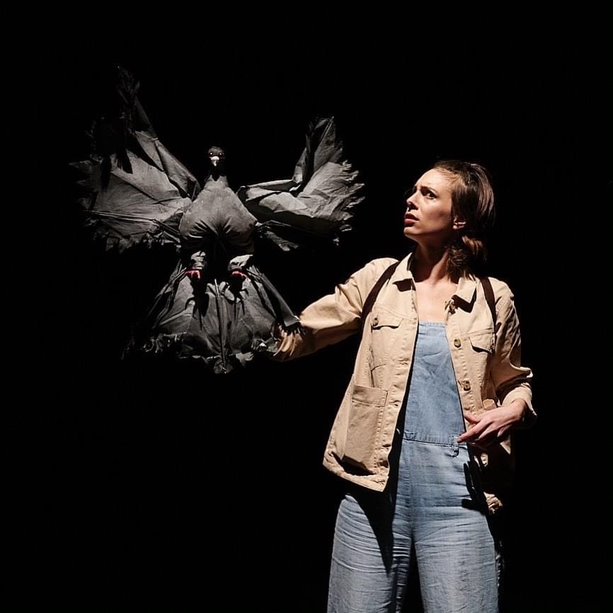 A young Norfolk woman runs away from home in search of love, work and a new place to live.
She gets as far as Liverpool Street Station, where things start to get a little weird…
A modern day Wizard of Oz, ‘There’s No Place Like Cromer’ is a magical journey of selfdiscovery.
It explores the pull between the bright lights of London and rural Norfolk, and asks ‘why do we ever leave home?’
Expect the unexpected…and some familiar sounding ole Norfolk folk!

After almost twenty years touring the planet as a circus strong lady, performing feats-of-strength, Charmaine
Childs is creating a circus-theatre show that celebrates the extraordinary ways in which ordinary people are
powerful. POWER uses circus physicality and verbal storytelling to explore how we can feel powerful in an
uncertain world & find strength beyond just lifting heavy things.

The work is optimistic, uplifting, funny, physical and at times moving. Autobiography intersects with stories
from interviews with real people around the UK about their experiences of power, with their voices woven
through the soundtrack to reveal moments of strength, resilience, connection, choice and change.

“Power” was the winning application for a joint commission between Creative Arts East and Cambridge
Junction and we are so excited to see the whole show on tour. Charmaine can also provide additional audience
offers from pre-show engagement and story sharing to post-show Q&A / discussions, just ask for details.

Described as “Downton Abbey with gardening tips”, Old Herbaceous is the humorous love story of a singleminded yet gentle man with a passion for plants and is a charming one man play which has entranced sellout audiences all around the country over the last four years.

An acute and sometimes hilarious observation of relationships between the classes in a simpler age, sprinkled with witticisms and epithets. The evening blossoms into tender humour, much in the traditionally understated English style of the early 20th century.

As Old Herbaceous, renowned actor Giles Shenton truly lives the part of the legendary Head Gardener, Herbert Pinnegar, inviting you to feel included in a private chat from a bygone, comforting age. Keeping you engrossed, amused and emotionally engaged from start to finish, Old Herbaceous will leave you with a feeling that, perhaps, all’s right with the world.

Bowjangles return with their most magical show so far- the mystical, mythical world of fairytales, folklore
and legends.

You can expect tales of monsters, ancient gods, historical figures and characters of pure fantasy in this action packed full length show, all presented in Bowjangles’ own inimitable and unique style, full of energy and panache!

Kick In The Head Theatre Productions are proud to present a celebration of the 40th anniversary of the loss
of the great, unremittingly genteel, comedienne and monologist, Joyce Grenfell.

Choice Grenfell is a wonderful tribute featuring some of the best of Joyce’s hilarious songs and monologues
from Stately as a Galleon and School Nativity Play to A Terrible Worrier and First Flight. Joyce guide’s you
in a delightful delve into some of her most endearing characters, ably accompanied by her trusted pianist
William Blezard. Also featuring previously unpublished rehearsal recordings and personal letters from Joyce
allowing a unique insight into the queen of comediennes.

As Joyce would have said “We request the pleasure of your company”. 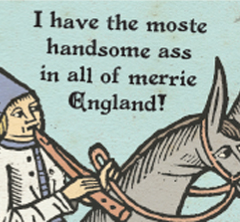 From the company that brought you ‘A Christmas Carol’, ‘Dracula’ and ‘The Odyssey’ comes a one-man performance of ‘The Canterbury Tales’.

Revered as one of the most important works in English literature, ‘The Canterbury Tales’ paints an ironic and critical portrait of English society in the middle-ages.

All of life is here in these few bawdy, funny, serious and sometimes shocking, short stories. Experience a journey down the foul and fetid footpaths of fourteenth-century England, told with the usual irreverence, wit and silliness! 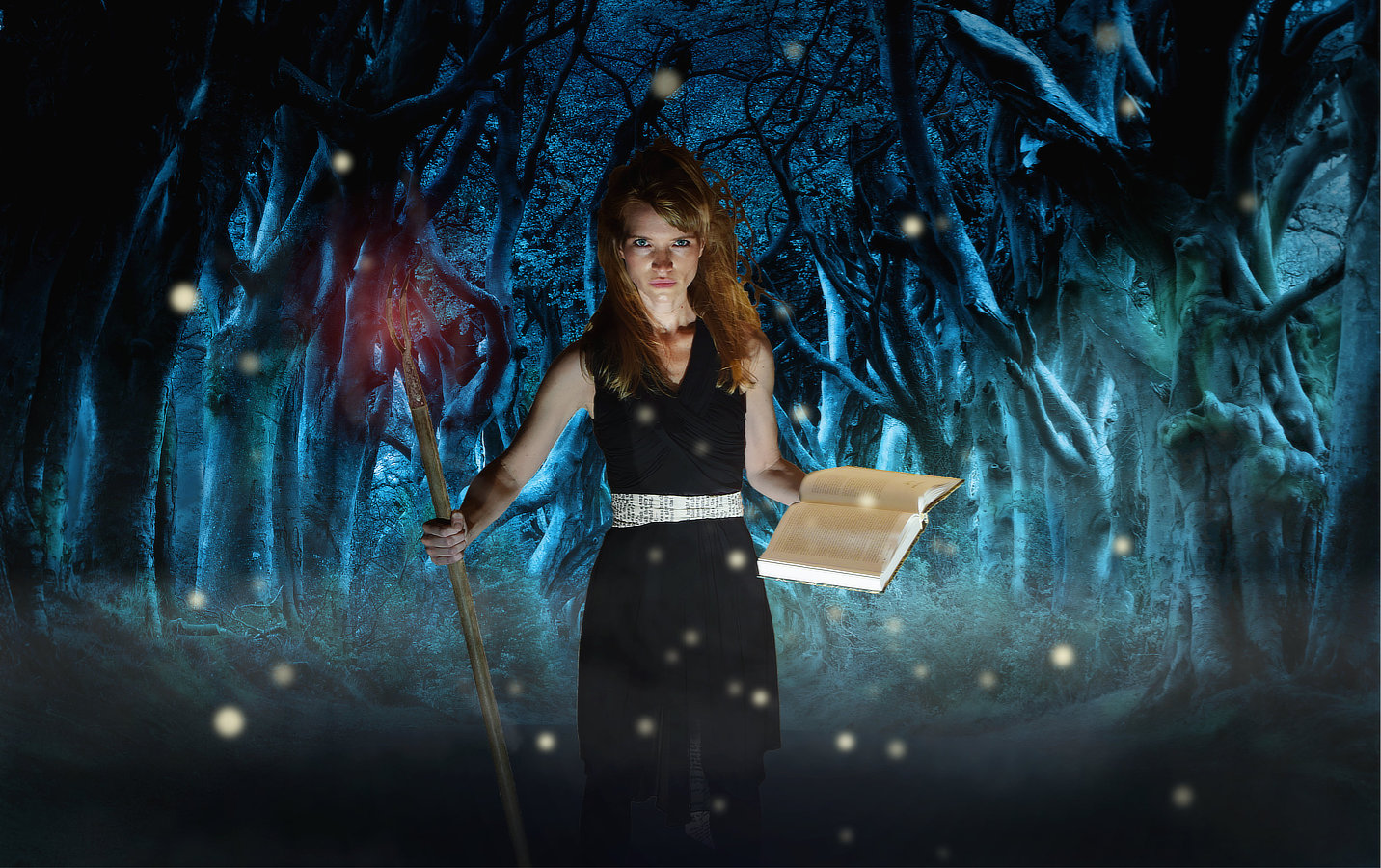 “Three nights to save a soul.. or the Devil gets his way.”

A desperate man.. a last-ditch deal… Some stories never die, and for you the night is just beginning…

From the creators of Northanger Abbey, Casting the Runes and The Picture of Dorian Gray, Box Tale Soup present a spellbinding collection of the famous Grimm’s Fairy Tales, proving that fairy stories are definitely not just for kids!

Box Tale Soup have been touring award winning productions since 2012 and are seasoned rural tourers! Using the ‘less is more’ approach to maximum effect -their shows are portable, versatile, setting up in minutes but conjuring up a world that will stay with you for years!